In the summer of 1969, the Stonewall Uprising in New York City launched a new era in LGBTQ+ activism. Following their lead, Seattle’s LGBTQ+ community came together in the 1970s to celebrate their identities, advocate for equal rights, and fight Initiative 13 – a measure submitted to the voters that aimed to strip many civil rights protections from LGBTQ+ people.

Join host Rosette Royale as he talks to the people who helped lead Seattle's first Pride celebration in 1974, and the political movement that defeated I-13.

Check out the video companion to this episode here! https://vimeo.com/historylink/square-one-parades-protests 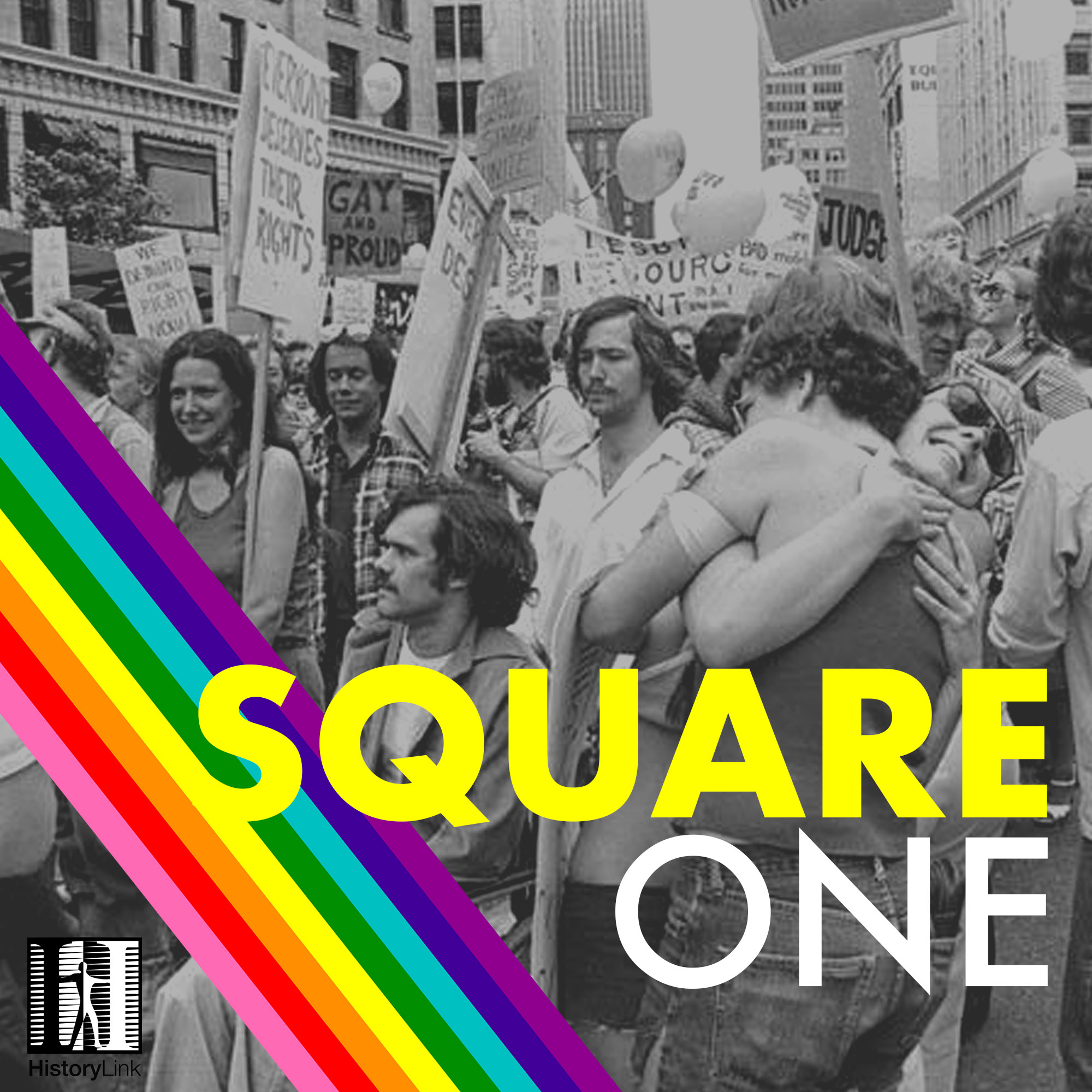 Square One
Join host Rosette Royale as he explores the LGBTQ+ history of Pioneer Square. Many key moments in Seattle's LGBTQ+ story began in Pioneer Square. On Square One, hear from people who lived this history firsthand, and others who want to preserve it.
This podcast is a companion piece to the self-guided walking tour of Pioneer Square's historic LGBTQ+ community on historylink.tours. Visit historylink.org for more on Washington state's past, including other key people and moments in our state's LGBTQ+ history.